Type your search terms above and press return to see the search results.

Last week I wrote a Tale of Four Leaders, contrasting Paul Dickinson and Barry Dodd with two leaders who I consider to be far less successful – the Donald and the Maybot.

I’m still coming to terms with Paul’s passing, but gradually the sadness is giving way to what I’ll think of as his personal legacy to me.

Many of you will know the words of the poem by Henry Scott Holland, so often read at funerals. It’s called Death is Nothing at All, and there is a line that is particularly apt: ‘Why should I be out of mind because I am out of sight?’

Paul will never be out of mind for me and – two weeks on from the funeral – I feel a duty to his memory to make TAB UK the best it can possibly be. That means for everyone in the TAB family: our members, our franchisees, our team at head office – and the colleagues we work with overseas.

How are we going to do that? We are going to be brave. What was it Thoreau said? ‘The mass of men lead lives of quiet desperation and go to their grave with the song still in them.

No-one in the TAB UK family should do that and so – and I know Paul would have approved – the message this week is simple: Be Brave! 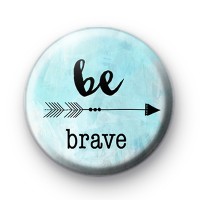 This, more than ever, is a time for brave decisions, on both the micro and macro level. The world is changing at an ever faster pace: AI and machine learning, advanced search and the personalised internet are knocking on the door of virtually any business you can name. Businesses that were once cornerstones of the national and local economy are crumbling away. Brave decisions have become essential.

So let me turn to two decisions – sadly both from our government – which illustrate exactly the type of decisions we should not be making.

A couple of weeks ago Theresa May announced an extra £20bn – from your taxes – for the NHS. That’s a worthy decision: with four out of five people apparently in favour of tax rises to fund the NHS I’m sure the focus groups will approve.

It’s worthy, but in the long run I think it is wrong. And it’s the easy decision, not the brave decision.

Anyone who walks through any town centre will notice that the UK has an obesity epidemic which is getting worse every year. That in turn is leading to an explosion in Type 2 diabetes which is currently costing the NHS £25,000 a minute. Diabetes UK put the cost of treating Type 2 diabetes and its complications at £14bn a year.

Those are staggering figures for what is – in the main – a preventable disease. And quite clearly there isn’t much of the PM’s £20bn left when you’ve paid the diabetes bill: if we carry on getting fatter there very soon won’t be anything left.

The PM’s £20bn is, in essence, a very expensive bucket. There’s a hole in the roof of your factory, the water is coming in ever more quickly, so clearly what you need to fix the problem is a bigger, more expensive bucket…

Yes, that might be the answer while the guys go up on the roof to fix the hole. But as far as the diabetes epidemic is concerned, we’re not sending anyone up on the roof: we’re relying on an ever more expensive bucket instead of making difficult decisions and telling people the unpalatable truth.

Secondly, pot. Or weed, or whatever you might want to call it. Last week the case of Billy Caldwell and an article by William Hague brought cannabis front and centre in the news.

Writing in the Daily Telegraph Hague argued that the war on cannabis has been “irretrievably lost” and called for it to be fully legalised. He argued that cannabis is freely available in the UK, but available in unregulated forms, with a thriving black market bringing huge profits to criminal gangs and putting an unnecessary strain on the police and our criminal justice system.

Some time ago I wrote about the legalisation of cannabis in the US state of Colorado. The state – which I visit every year for TAB’s global conference – legalised  cannabis in 2012. Teenage use of the drug in the state is now at its lowest level for a decade, opioid deaths are down, crime has not risen – but tax revenues have, by an estimated $230m over two years. The population of Colorado is around 5.6m – that is around one-tenth of the UK, so it is easy to project the tax revenues that might result from legalisation here.

Sam Dumitriu, head of research at the Adam Smith Institute says, “We estimate that legalisation would raise at least £1bn a year for the Treasury.” He added, “Just as the prohibition of alcohol failed in the US, so the prohibition of cannabis has failed here.”

What is the UK government’s position? A flat refusal to even discuss the subject – a refusal, not to make a brave decision, but to even have a brave discussion.

In business, you cannot do that. It bears repeating: we are living in the age of brave decisions. The problem is, there’s no pain in buying the NHS a bigger bucket or refusing to discuss cannabis. The government – like so many businesses – is in a comfort zone.

But you know and I know that it cannot last. We cannot go on getting fatter, we cannot go on seeing young people murdered on the streets of London and we cannot ignore Google, Amazon and Uber when they tap on our door.

Throughout his life – and never more than towards the end of it – Paul Dickinson took brave decisions. That’s the legacy he left me: that’s the legacy that we all – in government or in business – need to follow.

The Reds vs The Blues

The Reds vs. the Blues Fast forward a year. It’s May 2021 and the early signs for the Coronavirus

How are business owners adapting during the Coronavirus outbreak?

The coronavirus outbreak has caused complete upheaval in the business world. Unsurprisingly, the top

How to Achieve Business Growth – Advice for Business Owners

For over 30 years, The Alternative Board or TAB has supported thousands of business owners around

The Alternative Board currently helps business owners in 20 countries around the globe!

The Alternative Board - Business Coaches and Advisory Boards based across the UK. Benefit from business coaching sessions and getting advice from other like-minded business owners.

© 2018 The Alternative Board is a registered trademark. All other trademarks are the property of their respective owners. All rights reserved.
Privacy Policy

We use cookies to ensure that we give you the best experience on our website. By continuing to browse our site you are agreeing to our use of cookies.I'm happy with thisFind out about our cookies.